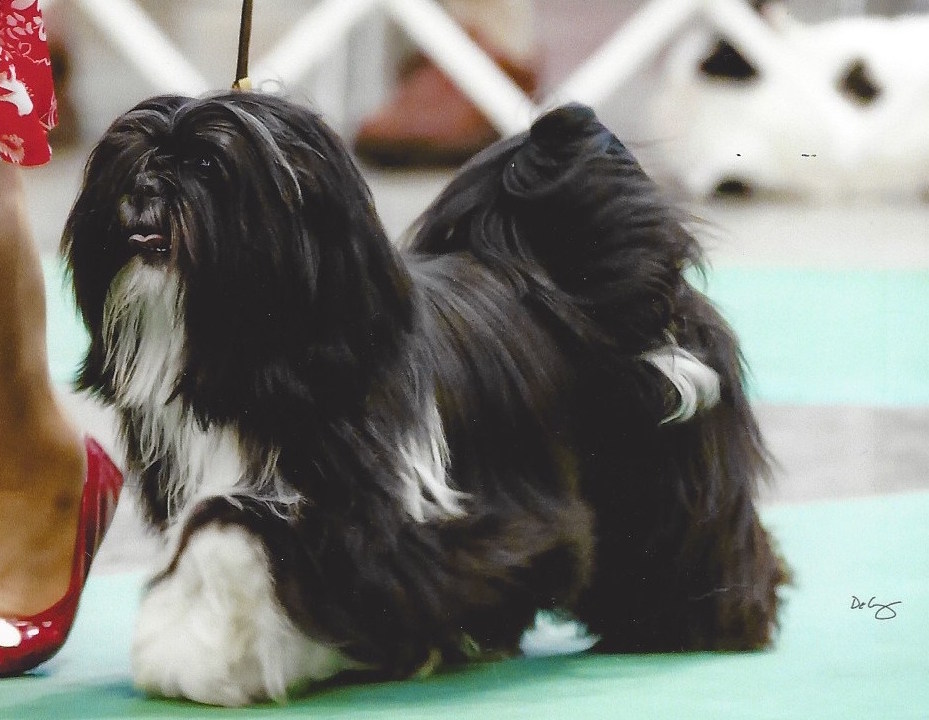 Bekka earned the last points for her championship 11 days after her first birthday. This black beauty began her show career 1 day after age 6 months and won Winners Bitch three of the four days at her first show weekend! She was off to a great start.

Here are photos of Bekka as she grew up. This is Bekka at ages 7 weeks (left) and 3 months (right). 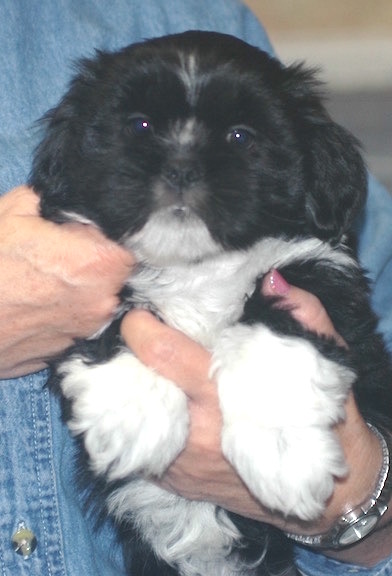 Here is Bekka at age 6 months, after winning the points at three of her first four shows. 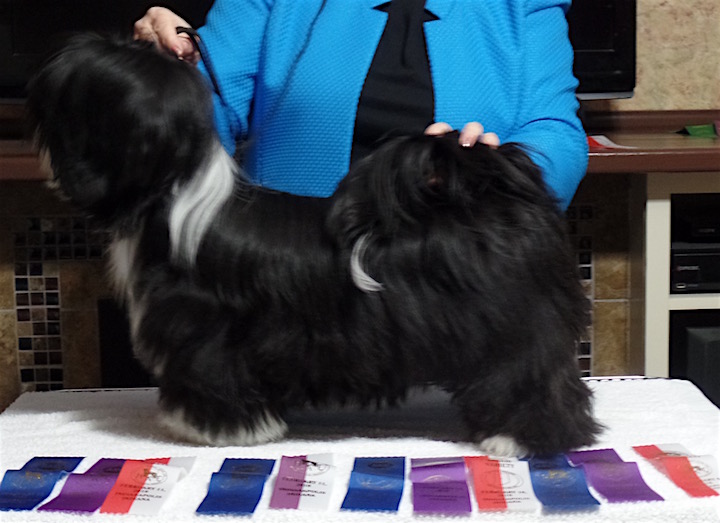 Bekka finished her champion with a 5 point major and a 4 point major. Here are the photos of each. 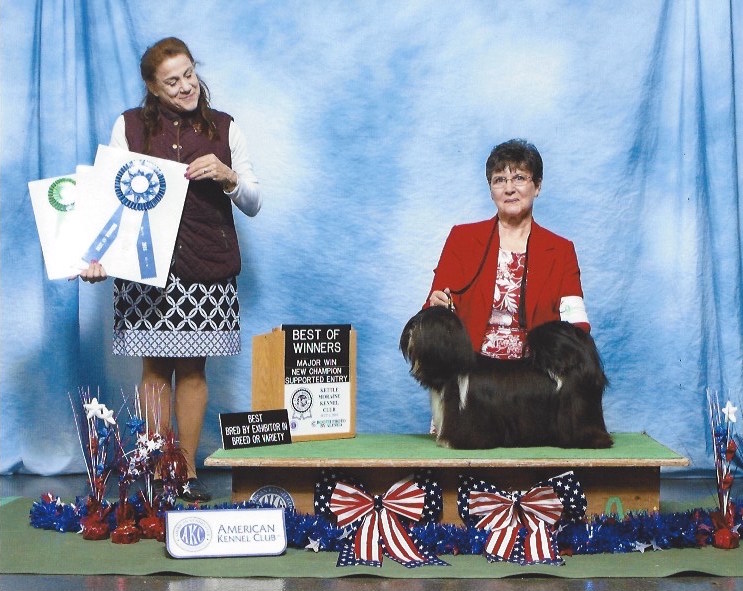 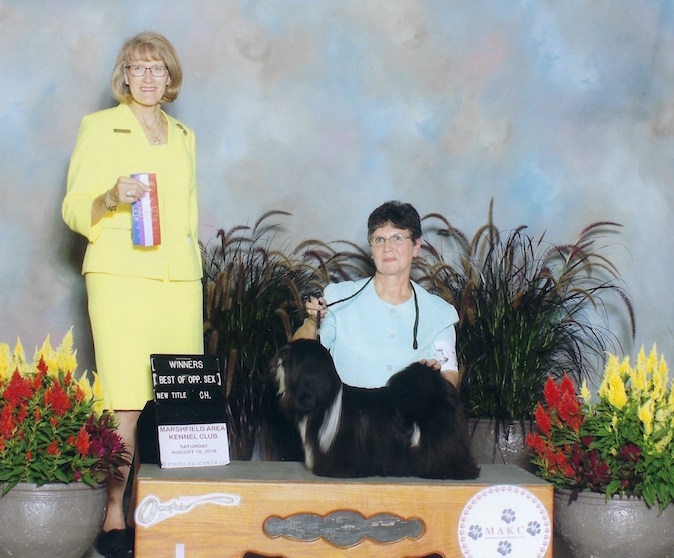 Bekka the Beautiful!!
We are so proud to have bred such a lovely Lhasa! 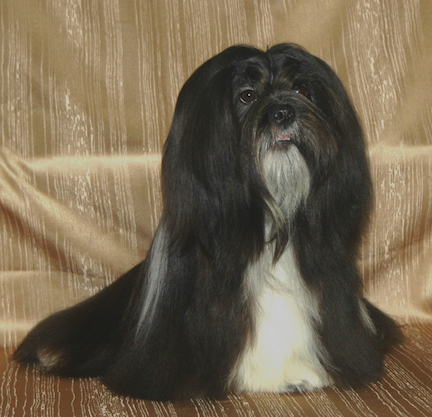 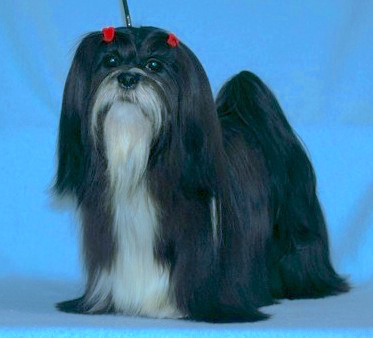