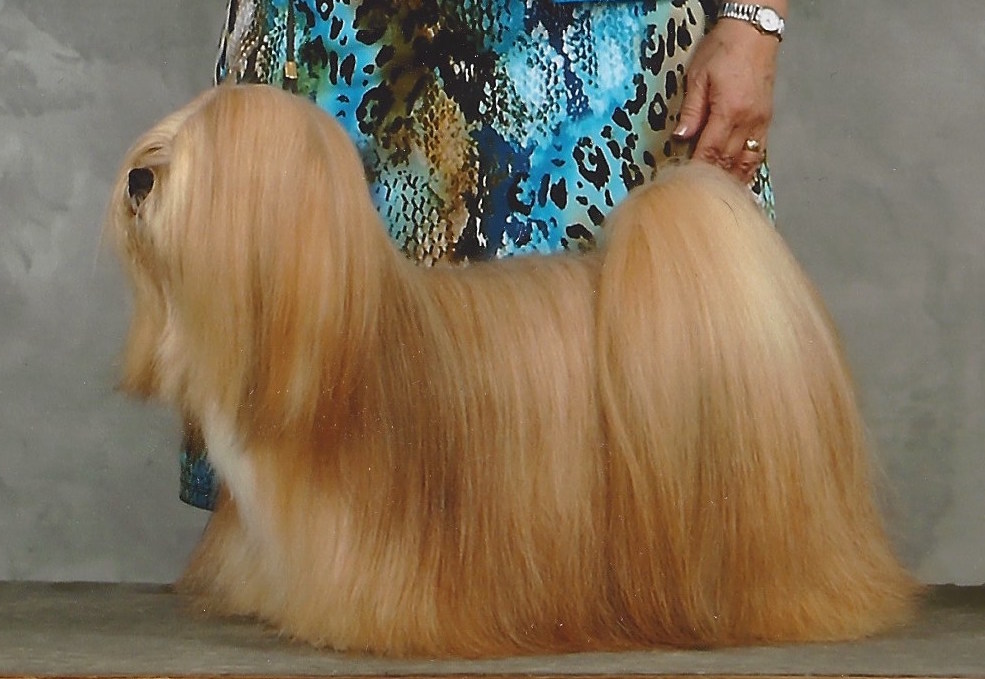 Josh caught my eye even as a young puppy in litter of six, and he has never disappointed me.
Read Josh's story and see photos as he grew from a promising puppy to an adult that fulfilled that promise.

Here are pictures of Josh at 6 weeks and 15 weeks old. 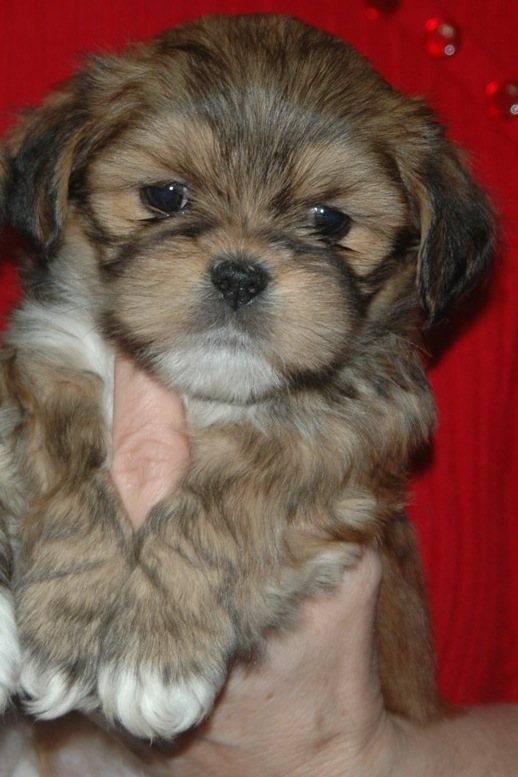 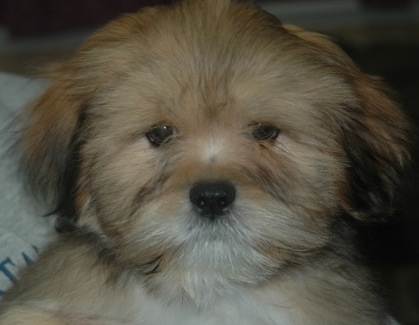 At age 4 months, Josh went to his first dog show to participate in the Beginner Puppy Competition.
He won first place in the Non-sporting Group! He was off to a great start!

At age 5 months, Josh was entered in his second Beginner Puppy Competition.
He not only took first place in the Non-sporting Group, he also won Best Beginner Puppy in Show! 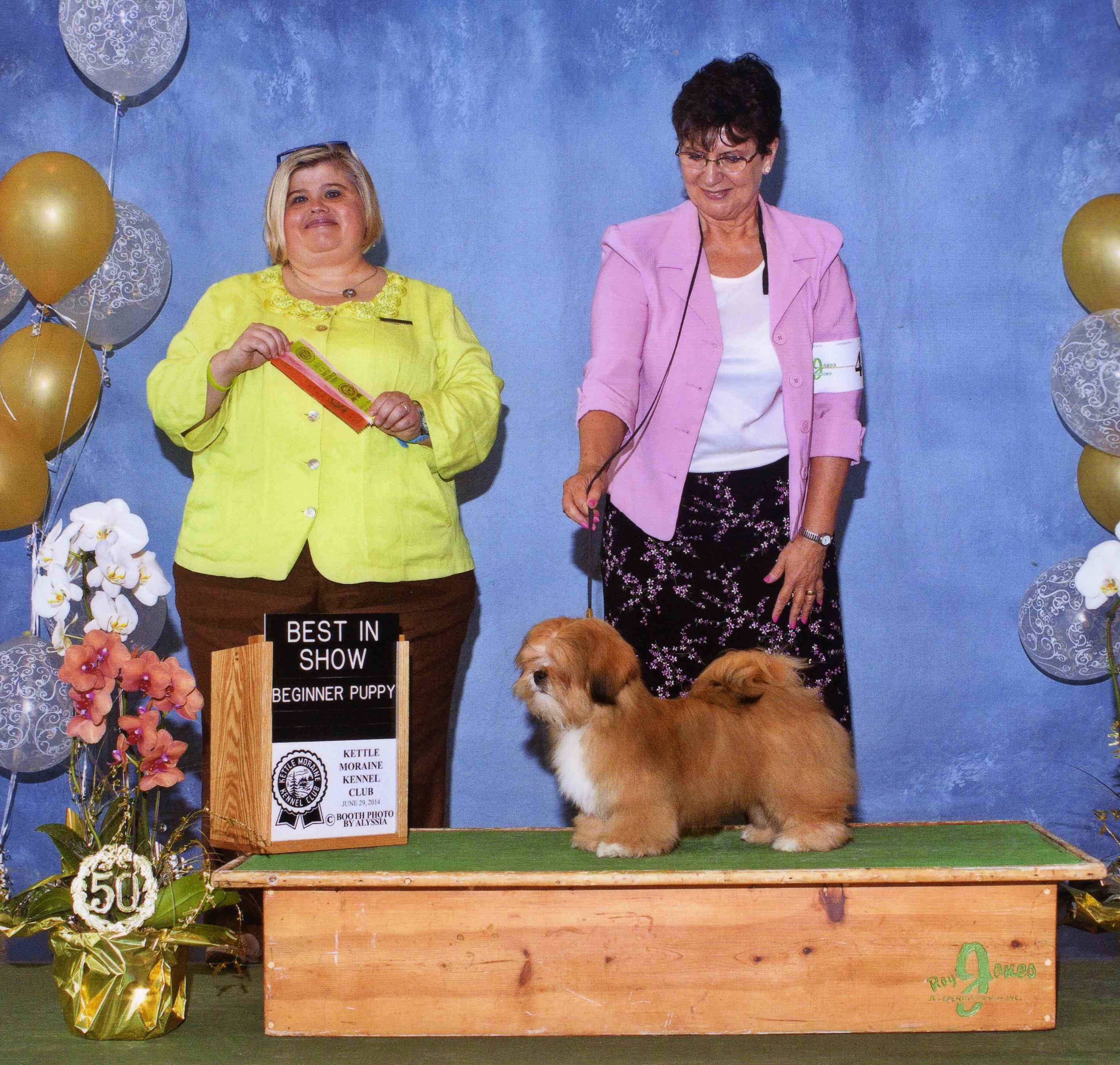 When he was 6 months old and eligible to compete in point shows, he continued his winning ways through summer and into fall, earning 8 points.
In October, we attended the ALAC National Specialty, where he was awarded Reserve Winners Dog, at age 9 months.
That win, since it was at a national specialty also earned him a 3-point major, the first one awarded to a male at an ALAC National. I was so proud of him! 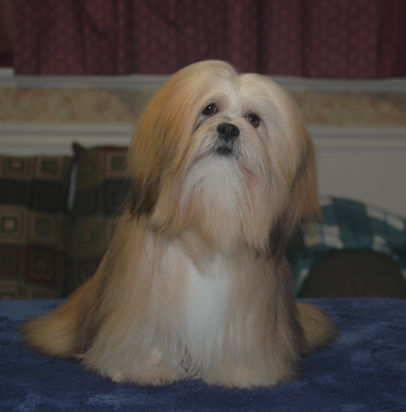 Josh finished his championship with a 3 point major in March 2015. 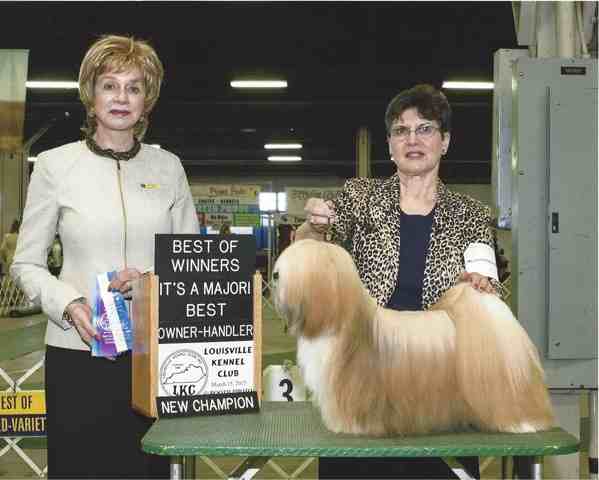 Josh was shown in Best of Breed competition from May - September in 2015.
He and I participated in AKC's National Owner-Handled Series (NOHS) and Josh finished the year as the Number 1 Owner-Handled Lhasa Apso.
He won numerous Group placements plus a NOHS Best in Show! 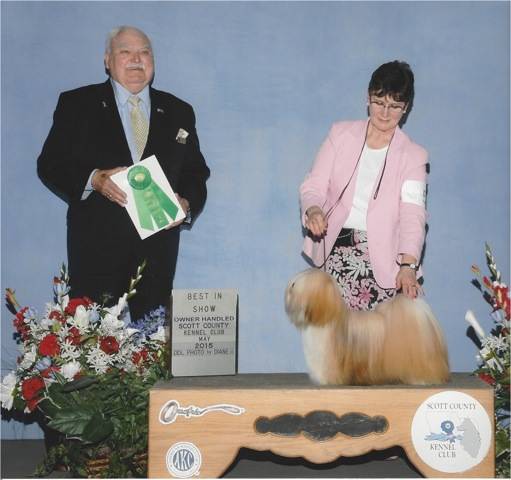 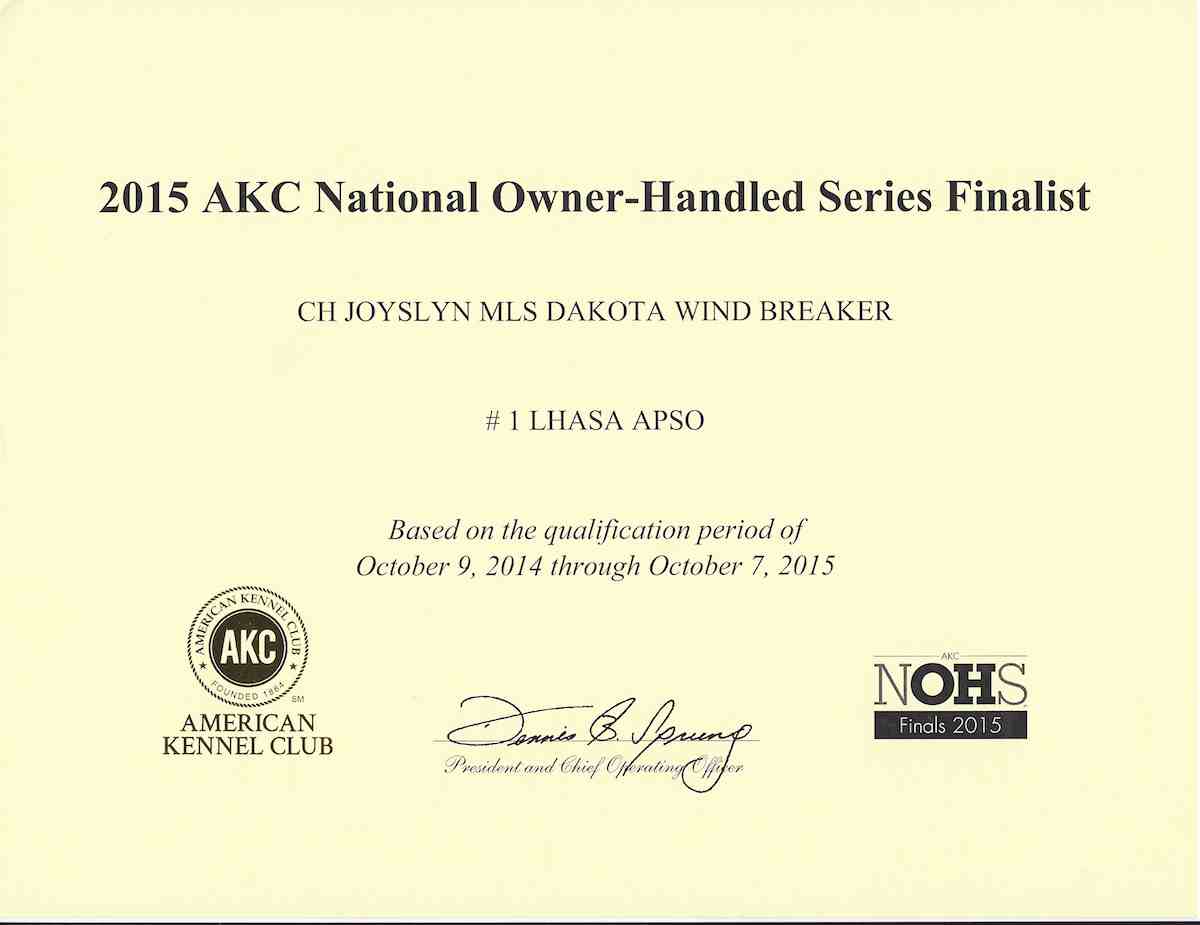 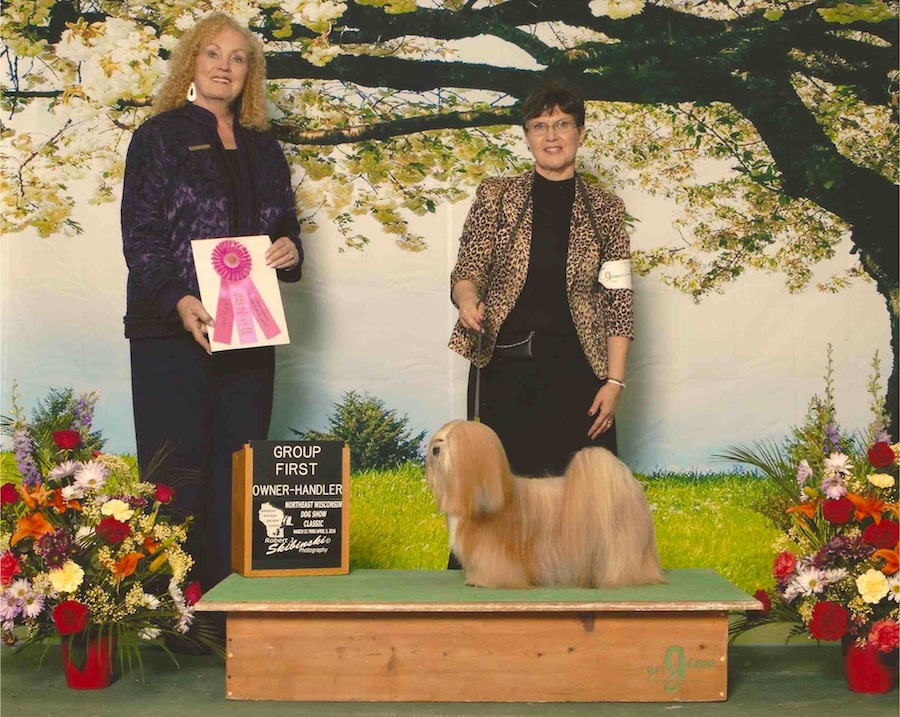 Josh at a show, waiting for the judge to exam him...and Josh on the move! 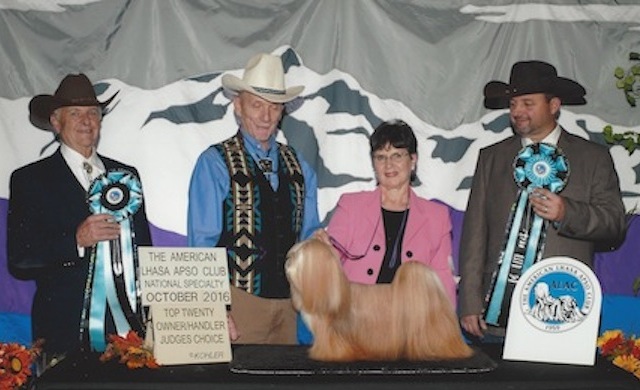 A highlight at the 2016 National Specialty: Josh is awarded "Judges Choice - Owner Handled" in the Top 20 Competition! 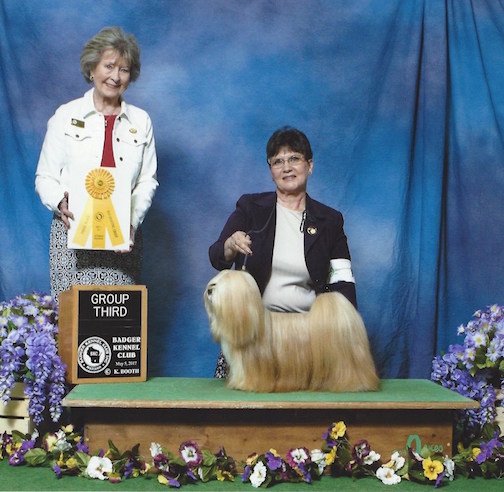 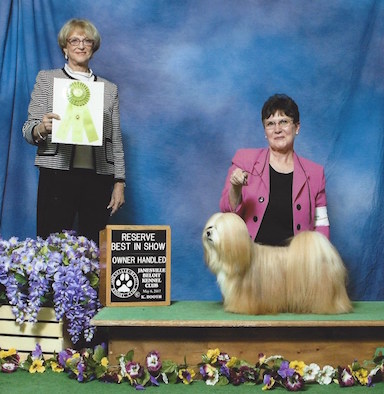